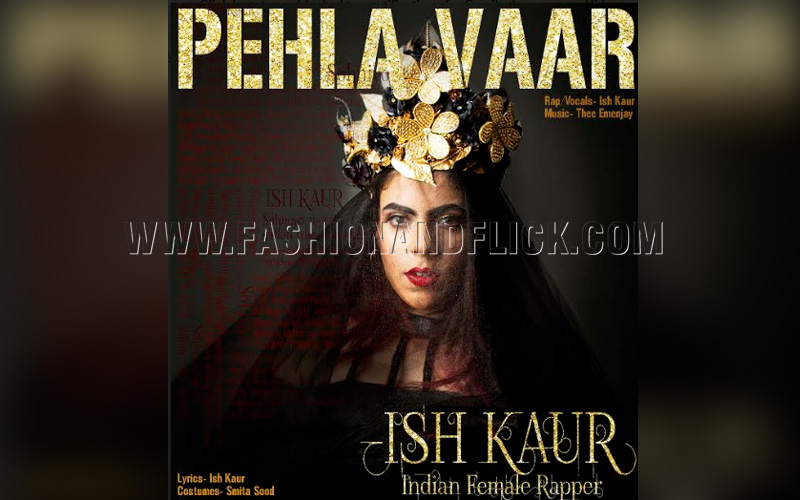 About the Song : The song basically talks about the struggle a female artist faces when she steps into any sort of profession which is male dominated. The song has an angry feel to it, it also motivates every female artist to do whatever she is doing, keep hustling and working hard and don’t stress about how difficult the path is because if you’re really passionate about your talent, you’ll get through all of it (in your own way). Also, ”Pehla Vaar” in literal sense means ”First Attack”. It’s one of a kind song and her very first attempt to show her fans this side of her (angry, revengeful, inspirational).

Rapper Ish Kaur is India’s youngest  female rapper, started as young as 13 years. Presently running in her 22nd year, she has already  created 25 tracks out of which 6  have already been released.  With a  huge fan following , 25,000 followers on Facebook and 10,000 on instagram, Ish’s raps are a major hit with the younger generation. Her famous raps being , Perfect Munda, received nearly 4 lakh views on you tube. She has also won two awards for her excellence ; Indian Icon Award & Mystique Awards.

Ish is a young punjabi Female rapper who loves to be a rebel and create a space for female rappers in this male dominated industry . Her forte is Hip Hop music, both commercial and underground(hustle).