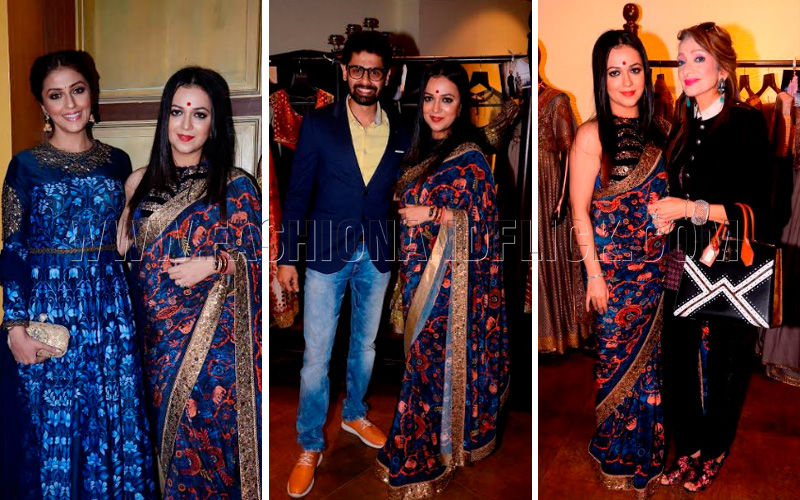 Jhelum Store presented The Classics of JJ Valaya, a line of occasion wear ensembles based on three of his all-time favourite inspirations. GULISTAN is a gentle homage to nature with his signature prints and antique floral embroideries. JAMAVAR is designer JJ Valaya’s a much-celebrated inspiration and a constant fascination of the designer as this line works the magic of the Indian paisleys and the intricacies of the jamavar motifs in a modern interpretation. Lastly, PUNJAB is a humble tribute to the designer’s roots, inspired by the court dressing of the Maharajas of Kapurthala.

Conceptualized by Jhelum Gopal Dalvi and her mother Aarti Rele, Jhelum brings some of the best in the business under one roof. The store offers sprawling changing rooms and even a private bridal studio for all-important decision making. The store has draped curtains, chandeliers and a massive gold door, and it covers over 2000 sq. ft. Jhelum also have their 2nd store at Pune and are all set to open doors to a Resort Store at Goa in December 2017.

When Karan Johar Went On A Blind Date And Got Rejected