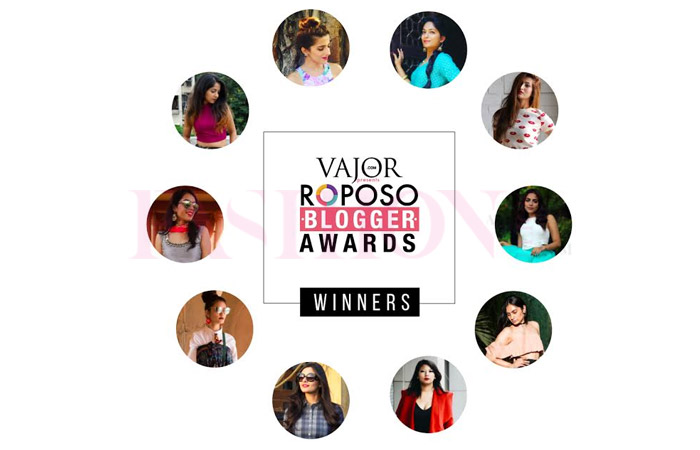 The event saw 1560 applicants vying for the top spot, and as many as 27k viewers voting for their favourite bloggers. From the Top 50 who were chosen based on the amount of votes they received, the jury had a difficult task to select the finest. The tasks assigned in each category by the judges were perfect exercises to analyze the proficiency of bloggers, their understanding as well as perspective. After completing the two tasks per category as assigned by Roposo, judges chose one person from each category who showed tremendous promise and innovation and brought something new to the vast fashion blogging space. Shweta Shah bagged the highest number of votes thus being awarded as the Most On-Trend Blogger.

The event was shared more than 6000 times on various social media platforms. The awards generated 195 unique stories, apart from shares on Instagram, and 870 uploads on Roposo. Catering to the various domains of fashion such as the ‘Best Street Style Blog’, ‘Most Shoppable Blog’, ‘Best Fashion Photography’, ‘Best DIY Blog’, ‘Most On-Trend Blog’, ‘Best Roposo Handle’, ‘Best Fashion Blog’, ‘Best Beauty Blog’, ‘Best Ethnic Blog’, ‘Debut of the Year 2016’ and ‘Out of the Box Blog’, Roposo Bloggers Awards traversed the entire spectrum of the fashion space and honoured the best influencers in each segment.

Commenting on the event, Mayank Bhangadia, Co-founder and CEO at Roposo said, “We are very proud that the inaugural Roposo Bloggers Awards have proved to be a grand success. A significant part of the credit goes to the huge number of bloggers and fashion enthusiasts who keenly followed the entire campaign and voted for their favourites. Bloggers and social media influencers are the greatest drivers of crowd behaviour these days and the awards aimed to recognize this confidence, backed up with knowledge and skill, that makes these bloggers stand out in the high streets of fashion.”

The event was sponsored by Vajor, an e-commerce women’s wear fashion & lifestyle brand, which has recently forayed into home décor. Noorin sha was chosen was Vajor’s Love Ambassador. Top fashion & lifestyle bloggers of India such as Gia Kashyap (Blogger at Giasaysthat), Natasha Shrotri (Blogger at Mariposalove), Love & Other bugs (Shereen of Blog love&otherbugs) and Aakriti Rana (Blogger at Lachicaloca) served as members of the jury panel. Roposo’s event proved to be a massive success and helped to unearth some of the best fashion bloggers in the country.