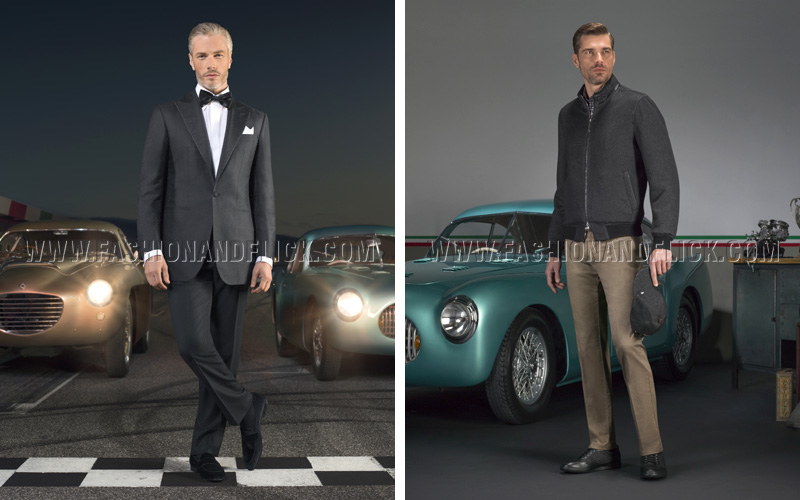 The eternal beauty of Matera, a world heritage site since 1993, is a cathedral spread out over the marvels of the stone that has allowed man to live and advance with the times of nature and of the arcane. Nine centuries of wonder. Here in the enchantment of the Gravine, in the silence of history, STEFANO RICCI has chosen to illustrate the Spring/Summer 2018 Collection, starting from the absolute refinement of a style that has conquered the world of male elegance.

Men in high-end tailored suits, outfits and accessories that are truly “Made in Italy” with the considerable work of experienced hands and passionate hearts, who stand out among the grottos and the Rupestrian rock churches of a Matera that will be the European Capital of Culture in 2019. In the babel of small interlocking houses, one on top of the other, and in the hypogeums that outline the shape of eternity, one is welcomed as though in an embrace of life. The search for this perfection in high-end STEFANO RICCI garments is in dialogue with the prehistoric environment which has inspired 60 films, from Pier Paolo Pasolini to Michelangelo Antonioni and Mel Gibson, because the Sassi and their artifacts have the same breath of “eternal beauty”.

Single breasted two button jackets or lean double breasted suits with sleek and enticing lines, waistcoats that unveil weightless shirts and ties with designs that resemble geometric engravings, laced shoes in matted crocodile with matching belts, with buckles that attract the gaze of the triumphant eagle, symbol of the Florentine Maison. The strength of STEFANO RICCI outfits is concentrated on the slim trousers, close-fitting jeans, and leather jackets with a silky hand in classic and simple models, strong because of their high quality and lightweight leathers. A fusion between formal and two piece looks, even with athleisure, which elevates the comfort of the soft knitwear and of the feather-light sneakers, as in the precious weightlessness of the backpacks. As always, incisive in the collection is the presence of Ricci Blue, of blacks illuminated by textures and patterns, with the irregular surfaces of fabrics expressing the intensity of their naturalness in the linen and the silk, the white that, stone for stone, seems to harness a palette of tones, and beige with the enchantment of a stone garden. There are also touches of delicate red, the intense blue of Matera’s sky, and the burnt browns that bring us closer to the history of this land and give it a virile and determined energy.

This is how Creative Director, Filippo Ricci, continues on his desired path, who chose to set the catalogues of STEFANO RICCI collections in Italian locations: from the exotic interiors of the Sammezzano Castle, to the seductive rooms of the Vittoriale which make the heart beat with vivid reminders of the Poet. From the armours of the Stibbert Museum in Florence, to the choice of Matera, which holds an incredible and unique role in the story of humanity and is witness to the winning force of Made in Italy. A true and singular bearer of a culture that is envied by the world.

Junior’s Fashion Week Scores An ‘A+’ In Chennai