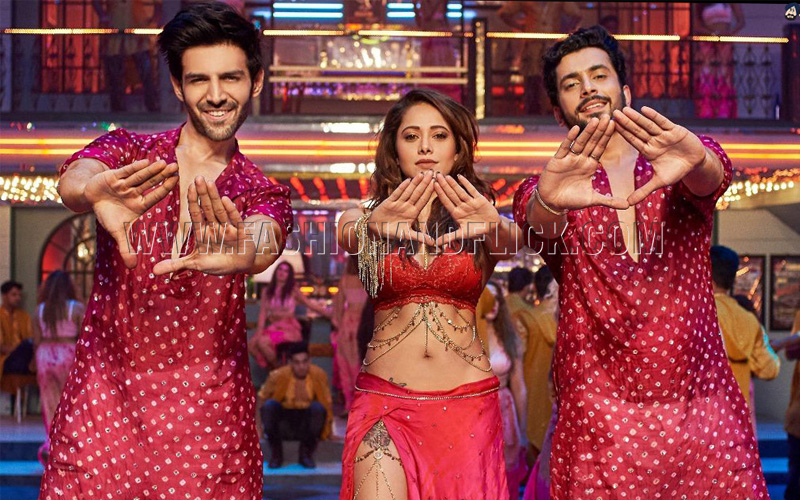 The audience for Luv Ranjanís latest movie Sonu Ke Titu Ki Sweety ó it will be a fairly substantial one judging by the hoots and applause heard at its press screening óIt contains some genuine belly laughs, significant stereotyping and much generalisation, and some original insightful zingers.

The film starts off with two friends Sonu (Kartik) and Titu (Sunny). While Titu is a sweet, gullible boy, Sonu is his guardian, the most endearing performer in the film,. He is his best friend, more like ‘brother from another mother’. We are told, through a few similar throwbacks to Ranjanís past films, that Sonu runs an event management company and his friend Titu is an idiot who hooks up with all the wrong girls and doesnít even realise they are fooling him. Sonu is the only one who saves Titu from the biggest evil in the whole wide danger-Women.

The arrival of sickeningly sweet, Sweety (Nushrat Bharucha), messes there equation, she is too good to be true. Sonu starts to smell a rat. This is the moment when the traditional filmi triangle gets inverted. Instead of two men fighting over one woman we have the love for the woman coming in the way of male friendship.The representation of bromance is- Sonu fight to manipulating family members, Sonu does everything you can imagine in a saas-bahu fight in his bid to separate Sweety from Titu.

Right from Sonu asking Titu to get a better cook or maid instead of getting married to Sweety. The film circulalates arround war between Romance and Bromance. What works wonderfully is the collective performance of the three-hander actors in this well-cast film dominated by Kartik Aaryan.

The director Ranjan has done a splendid job with the younger set of actors who win you over with their collective charm. You can call it a third installment of Pyaar Ka Punchnama. While the comedy moves at a brisk pace, I wish the women werenít painted as vixens. Thereís no teeth in Sweetyís meanness towards the end. If you are in the mood for a spirited bromance, then be sure to watch this one. But if you are expecting something extraordinary then you may give it a miss, but might regret later!

Ajna Band To Enthral Delhiites At The Hard Rock Café

One Stop Shop For All Your Couture & Bridal Needs