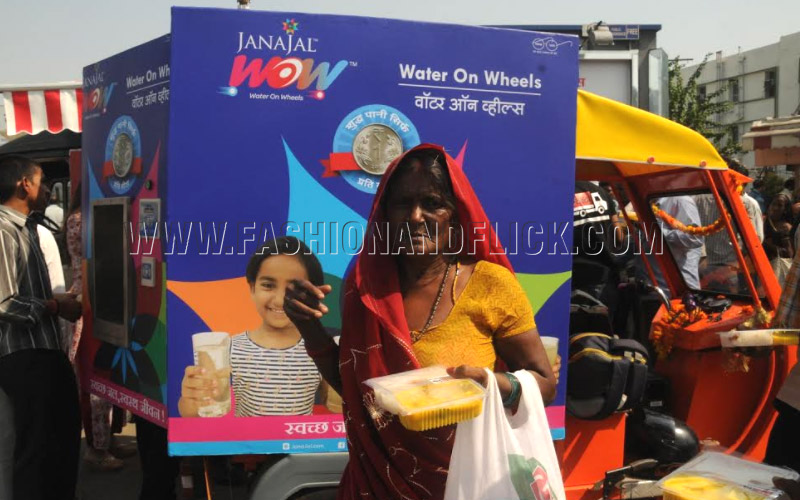 New Delhi, 30th September 2017: JanaJal brings surprise like no other through its unique ‘Water on Wheels’ concept driven on back of a battery operated e-rickshaw. Today, it launched their initiative under Daan Utsav – Joy of giving Week and also to commemorate the anniversary of Swachh Bharat which will complete three years on October 02, 2017.

Parag Agarwal, CMD & Founder, JanaJal said “It was a successful event today that we did at AIIMS. With our WOW (Water On Wheels) stationed at the site we were able to provide 2000 glasses of free water to the needy. Our company collaborated with Gurgaon based Rasoi On Wheels who provided meals under CSR of various donors during the event. We hope to further build and extend this association in the future.”

JanaJal is one of India’s premier community drinking water service provider and is working closely with IRCTC to install and operate Water ATMs across various railway stations in India. They are also the first company to have erected 30 water ATMs within 30 days in the Mumbai region across stations in Central Railways and Western Railways.

In the coming days, the country will commemorate Gandhi Jayanti. An Inspiration to billions across generations and borders, Mahatma Gandhi recognized that the attitude towards cleanliness also reflects ones attitude towards the society.

Bonn To Look For Distribution Expansion Opportunities At Trade Fair