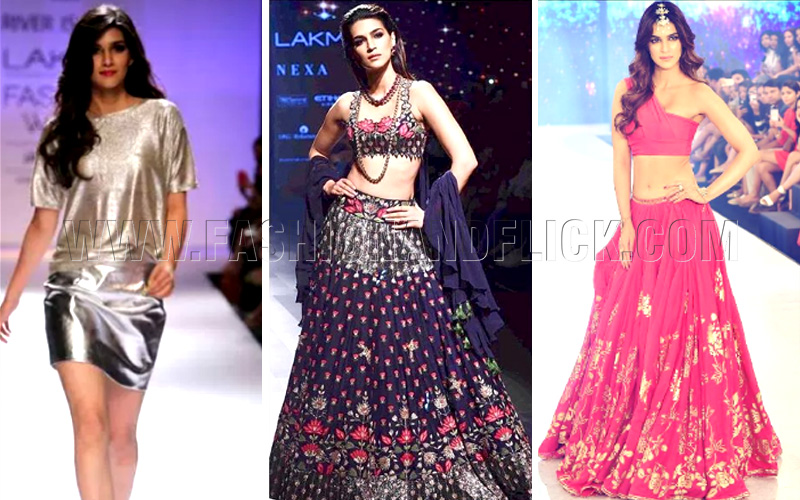 Kriti Sanon, the Bollywood diva who has risen to stardom in only 3 years in the Entertainment industry has been a ramp favourite even before she made her film debut.
It is a lesser known fact that Kriti Sanon was infact a renowned name in modelling before she became a part of Bollywood.
Kriti had taken to modelling early in her college days while she resided in Delhi.
The actress was spotted by none other than renowned photographer Dabboo Ratnani and encouraged to pursue modelling as a career owing to her elongated frame and poise.
The actress very recently took to turning showstopper at a Fashion Week held in Mumbai, Kriti not only rocked the ramp, but her look exudes elegance.
Here are 5 looks of Kriti Sanon off the ramp that speak a thousand words about the actresses successful career run.

Neha Dhupia Spotted In Not So Serious By Pallavi Mohan