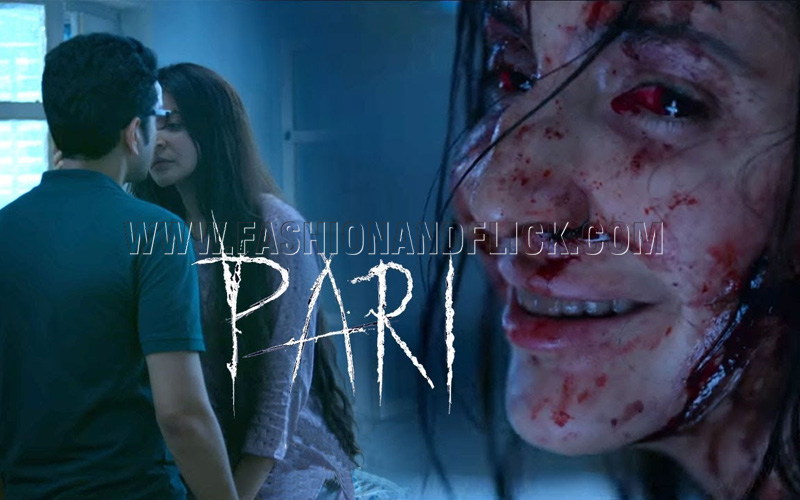 Anushak pitchforks us into a nice case of thrills and chills.

As the film titled “Pari”, which means fairy, is a horror gener that does not transport us to a world of angels. A Horror movie should be able to scare and chill us by carefully crafting with gimmicky supernatural elements but the movie Pari is not such, it is somewhat in the middle, it has its hair raising moments but the plot with all that gore makes it a bit difficult to watch. The look carried on by Anushka Sharma is the most incredible to watch. Director Prosit Roy got the four foreboding tones right- hidden spot deep inside a jungle, Ajib si jhopri, ferocious dogs and a young woman tied in chains.

Early on in the movie a car accident takes place,which sets all these frightening proceedings into motion. Arnab (Parambrata Chatterjee), one of the occupants of the car, feels responsible for this now motherless girl Rukhsana (Anushka Sharma) and decides to give her shelter, and now we are like the thrills and chills starts.

In the first half the movies doesnot move at all, but our expectations are intact because of the ominous background score accompanying the many frightful sightings of women with rotting skin and scenes with scary satanic chants aside, nothing really happens to take the narrative forward.

By the time you are in interval and decide that you will feel all chill down the thrills, you realise that this film isn’t so much about horror as it is about gore. It’s just too much blood and torture, gut-wrenching cries of pregnant women and Satan-invoking chants that make it a difficult film to watch.

The actors do not disappoint. Anushka’s death stare keeps us fully invested. It’s a role that sees her climbing walls like Spider-Man and turning into a blood-sucking vampire. She also manages to evoke an authentic sense of displacement and vulnerability and she is expertly convincingly through it all.

Considering the last few supernatural offerings from Bollywood, Pari is a good a weekend-watch as any. Anushka Sharma delivers more as the film’s producer than as its main lead. Like the title of Anushka’s production house – Clean Slate Films – only someone with a blank state of mind can fully enjoy or even grasp this film.