Skip to content
You are here
Home > Life Style > Don’t Ask A Woman What You Wouldn’t Ask A Man – It’s Really As Simple As That, Says Biba 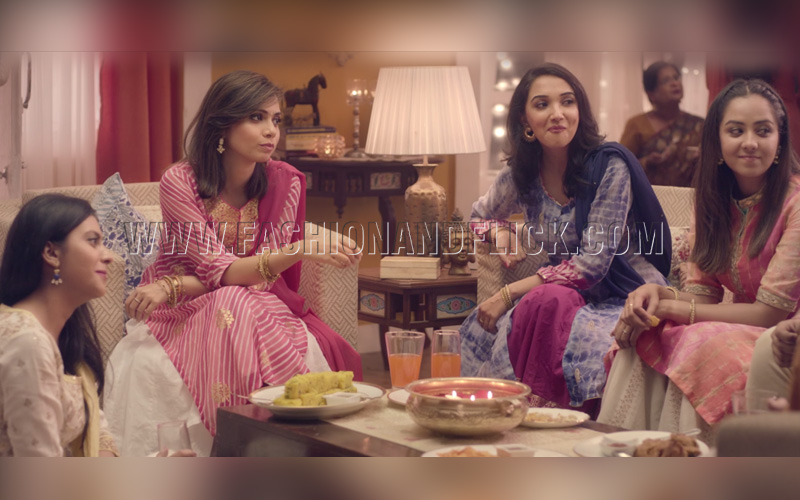 March 9, 2018: Biba, India’s biggest ethnic wear brand has always been a pioneer for change when it comes to their digital communication. Along with their creative digital agency on record, Brandmovers India, they have created a string of memorable digital films in the last few years which have gone on to initiate important conversations around arranged marriages, the dowry system, body image issues etc. This time, the film, titled Change for Progress, tackles the age-old stereotypes we enforce on women in a fun yet thought-provoking manner. The film has been conceptualized by Brandmovers India, who has created all the ‘Change’ series films for Biba.

The film opens to a wedding setting, full of merriment and celebration. A group of young girls and a boy are sitting and chatting about their recently concluded exams. The conversation is interrupted by an uncle, who comes and asks the boy a seemingly absurd question. It is as absurd when asked to a woman, the film tells us in a beautiful, revelatory fashion.

In today’s world, we have a come a long way when it comes to gender roles. However, it is still seen that there are certain expectations that are placed on women, and not on men, especially when it comes to marriage or domestic duties. This conditioning runs deep in our society and is often considered normal and acceptable. This film takes a step towards uprooting these beliefs by tipping the scales and urging the audience to #ChangeForProgress. This is also in line with the International Women’s Day 2018 theme – Press for Progress.

Sharing his views on the film, Siddharth Bindra, MD, Biba India said, “In the progressive world where change is happening everyday around us, there are still few social stigmas that have held us back, one of them being gender bias. With this latest digital film in the series, we have attempted to stimulate a thought provoking conversation about what progressive really stands for and how woman and man are equal in every sense”.

With a film like this one, the film delves into the nuances of gender roles and subtly asks our viewers if they should be asking a woman questions that they wouldn’t ask a man. Suvajyoti Ghosh, Chief Creative Officer and MD of Brandmovers India said, “When it comes to simple questions like whether women are planning to settle down are so normalized that we don’t even give them a second thought. With this film, we decided to go for a treatment that doesn’t just drive the point home, but also makes the viewer sit up and think.” Adrijaa Sanyal, Creative Director of Brandmovers India and writer of the film said, “Among the glaring social vices that infect our society, the culturally normalized ones often miss the chance to be corrected. If you go tell someone that something that they’ve considered to be an acceptable form of behavior is actually utterly ridiculous, they wouldn’t believe you. However, if you can find a way to show them why, there’s a chance that they might and understand and that would mean one changed mindset. Our hope is to change as many as we possibly can.”