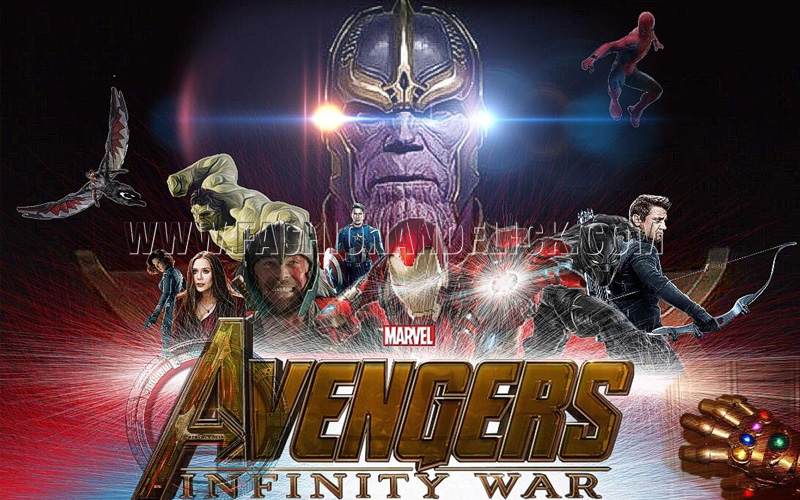 Marvel Studios’ “Avengers: Infinity War” brings to the screen the ultimate, deadliest showdown of all time. The Avengers and their Super Hero allies must be willing to sacrifice all in an attempt to defeat the powerful Thanos before his blitz of devastation and ruin puts an end to the universe.

In this mmovie Thanos (Josh Brolin), whose efforts to acquire powerful cosmic gems called “Infinity Stones” have been important element, marches toward his goal of eliminating half of all life in the universe (he believes it’s the only way to stop beings from using up all of the universe’s resources). Lining up to stop him are almost all of the big-screen Marvel heroes, including Avengers Iron Man (Robert Downey, Jr.), Captain America/Steve Rogers (Chris Evans), Thor (Chris Hemsworth), Black Widow (Scarlett Johansson), and others; plus Spider-Man (Tom Holland), Black Panther (Chadwick Boseman), Doctor Strange (Benedict Cumberbatch), and the Guardians of the Galaxy, led by Star-Lord (Chris Pratt) and Gamora (Zoe Saldana). The sprawling epic takes place on multiple continents and multiple planets as Thanos and his terrifying accomplices stop at nothing to find the stones and take them by whatever means are necessary. It all leads up to a massive climactic battle with shocking consequences.

Everything the Avengers have fought for has led up to this moment – the fate of Earth and existence itself has never been more uncertain.

This is the most intense, complex, and stirring Marvel Cinematic Universe film yet the sheer number of characters and storylines make it a bit confusing for anyone who’s not a hard-core fan. They continue to respect viewers’ intelligence while giving their characters deep motivations and presenting knockout action scenes. Its a great movie to watch.