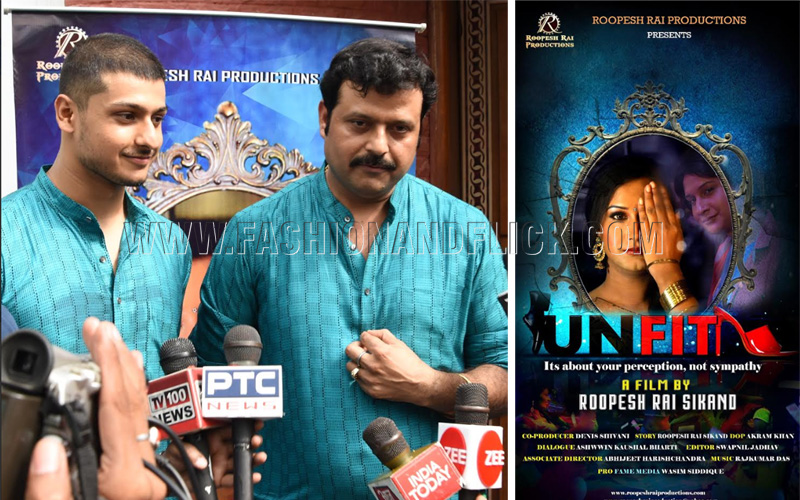 Film Director Roopesh Rai Sikand has recently done the premier of his short film UNFIT in Delhi at Film Division of India. The movie premier was attended by the senior government dignitaries and people from Delhi Social Circle.
The story of the film is about an Eunuch from Rajasthan. He grew up with the poisoned state of mind because of the un-imagined and unexpected ill treatment of his father and society. To suppress this felling of ignorance and anger, he moved to Bollywood industry of Mumbai to pursue his dream to become a successful dancer. He spoilt his adolescence in different hands with no choice. His journey was a platter of thorns. He was a courageous and ambitious heart with broken emotions. He worked at a dance bar experiencing different perceptions. He moved on towards success with tears of tremendous exploitation and harassment through out his walk but finally achieve success.
Roopesh has projected the story in a very classy way and also acted as one of the main character of the movie. He has projected 30 Minutes movie in such a nice away that it gives us a lesson. Roopesh Said, ” It was always my dream to make a movie which has some different plot and character, this is inspired from the life of main character of the movie Manish. Its a pleasure for me to make movie on such real life characters.”
Roopesh Rai Sikand (Writer/Director) have been constantly working in the direction of creating benchmarks in the Film Fraternity across the Nation through my excellent skills & innovative ideas those he has developed over the years in the field of Film and Video Direction. He is born and bought up in Delhi (India). Graduated from Delhi University. His brought up remained mostly under the guidance of his father and because his roots are so well grounded that he can never imagine breaching his discipline guidelines. He has achieved various milestones of his career through constant dedication and hard work and the in-born spirit which drives him through his ups and downs of life. He has recently launched his debut punjabi film CANADA DI FLIGHT with Ace artists,featuring Yuvraj Hans & Navraj Hans, sons of the legendary punjabi singer Hans Raj Hans. As of now, He is working on his new Bollywood movie GANG OF SHER ALI.

Celebrate This Summer With The Coolest Fashion At Central