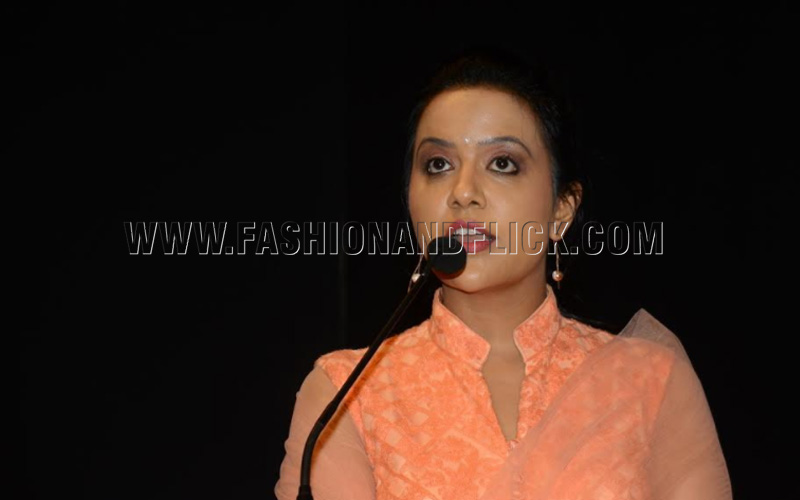 26th October 2017, Mumbai: The second edition of The Ahimsa Festival opened at St. Andrew’s Auditorium in the city. The Ahimsa Festival is the first event across India, and perhaps the world, to be based on ahimsa or compassion. The festivities will run across 18 days and create awareness about the power of compassion and inspire people towards making lifestyle changes towards health and animal cruelty-free choices.

Convener of the event Dr. Rupa Shah who–is part of the six-member Ahimsa Parmo Dharma Group (APDG)–and has co-founded the annual Ahimsa Festival series stated, “The basic meaning of the word ‘ahimsa’ is–Do no injury, cause no harm. Ahimsa means non-violence, or to put it in a positive way–Compassion. Ahimsa is a universal concept that applies to all living beings, including all animals. All living beings have the spark of the divine spiritual energy; therefore, to hurt another being is to hurt oneself. The primary aspect of ahimsa is towards oneself–in particular towards one’s health.”

Chief Guest of the Opening Ceremony, Amruta Devendra Fadnavis, wife of Maharashtra CM, Devendra Fadnavis, commented, ”As Gandhiji said – Non Violence is a weapon of the strong; it is a sword that heals. A number of resources utilized for a non-vegetarian diet are much higher than a vegetarian one. It takes about 2500 gallons of water to produce half a kg of meat whereas it takes less than 25 gallons of water to produce the same quantity of wheat. This gives an idea that by turning vegan how drastically we can reduce water footprints.  Those who cannot immediately change their lifestyles should try reducing the consumption of meat; a small step will go a long way in saving our planet and of course, add to health benefits. Our beloved Prime Minister Narendra Modi is a vegetarian at the age of 67; he works so hard and his enthusiasm is viral.”

Dr. Will Tuttle, author of the international bestseller ‘The World Peace Diet’ and Chief Guest of the festival lit the candle along with Chief Guests Amruta Fadnavis and Dr. Nandita Shah. In his talk, he shared his vision of creating a peaceful global civilization with the world peace diet. He said, “This is my first day in India and I can already see the light and positivity all around me. India has been radiating this light for centuries and the same light touched me when I became a vegan 40 years back. My message is that veganism is a philosophy and practice of radical inclusion and that going vegan is the most positive, uplifting, and transformative action any human being can make in our culture today. If you could sum my message up in a simple phrase, it would be Respect for all life. I teach that veganism is coming home into one’s true heart, and seeing beings as beings, and respecting them as equally sacred manifestations of divine life.” He mesmerized the audiences with his talk interspersed with playing the piano, while his wife accompanied him by playing the flute.

Founder of SHARAN, Dr Nandita Shah, who is the recipient of the prestigious Nari Shakti Award 2016 the highest award for women in India, for her pioneering work in the field of health and nutrition stated, “I have been a homeopath for many years – the concept of veganism brings health, environment, and animals together. A non-vegetarian person is responsible for the life of 70 land animals a year on an average; then there are sea animals as well. I believe that everyone can become vegan if they have the opportunity to make an initial connection. Over the years I have seen people go from cynics to passionate vegan advocates once they had made the switch to a plant-based diet. I think it’s because just one initial shift can help people go beyond denial and justifications to then go onto making the complete connection. Veganism aligns us with our true values, which are compassion and oneness.”

The event also witnessed Kuntal Joisher who is the first vegan to conquer Mount Everest in 2016 and Rohit Ingle who is covering 18,000+km across the country for one year, to spread awareness about animal cruelty. Rohit was flagged off after the event. Sharmila Oswal, International Water Diplomat also extended her support to the event. Moreover, PETA and FIAPO have been strong supporters of The Ahimsa Festival since inception last year.

The following 2 weeks will comprise more than 100 satellite events–ranging from film workshops, talks, webinars and seminars to treks, a run and cyclothon, and potlucks–to spark curiosity and awareness about Ahimsa and compassionate lifestyle across the city. The festival will conclude with an Ahimsa Carnival.