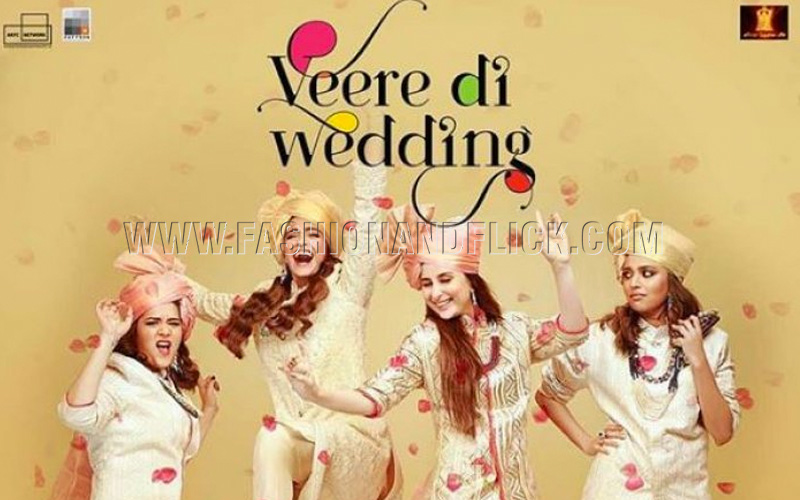 Genre: Comedy
Cast: Kareena Kapoor Khan, Sonam K Ahuja, Swara Bhasker, Shikha Talsania
Director: Shashanka Ghosh
Rate: 3.5/5
Fashioned after Zoya Akhtar’s Dil Dhadakne Do, Veere Di Wedding which has been in tremendous buzz among the youth audience (especially girls) is enlightening, educative & entertaining.. SUPERHIT… The film has everything starting from interior decorators and production designers to brands and characters, it has fashion labels, wardrobe changes, wealth and money; what else a film need..

Veere Di Wedding goes all out to make fun of hollow traditions and social pretentions, and at least for the first half, keeps the giggles coming. But like any Indian wedding with too much going on at once, the film struggles hard to hit the emotional notes.

In this movie Kareena as Kalindi, Sonam as Avni, Shikha as Mira and Swara as Sakshi Soni are school friends. Each has her own dreams for the future — Kalindi doesn’t want to ever get married due to her parents’ constant fights and strife, Mira’s uncle wants her to enter matrimony as soon as she finishes education, Sakshi aspires to go to Prague while Avni wants to pursue a career. Cut to 10 years later, Avni is a lawyer, Mira is married to a firangi, John, and has a two-year-old son, Sakshi is in a distant and bad marriage, while Kalindi is in a live-in relationship with Rishabh (Sumeet).

While the first half of the movie moves at a quick pace, the dramatic twists in the second half seemed to be bit forced. But director Ghosh re-gains the control towards the climax and ties it up well.

Kareena Kapoor Khan is free-flowing and lovely. One cannot blame the makers for giving her the cream of screen space.

Sonam Kapoor Ahuja is her usual herself, continuing her act from Aisha, I Hate Love Story or Khoobsurat. She looks pretty in designer clothes styled by her sister-cum-producer Rhea Kapoor and designers Sandeep Khosla and Abu Jani.

But Swara and Shikha are serious contenders for the viewersí attention. They hold their own in the stellar cast.

It seemed like the whole point of making this film was to have a giggle of girls with best comic timings. The four lead actresses meld themselves seamlessly. They laugh and cry together and stay united through good times and bad. While the men (Vivek Mushran, Manoj Pahwa, Neena Gupta) are adjuncts to the plot, they pitch in sportingly.

Overall, if you are a fan of happy and convenient endings, then this popcorn entertainment is your dose for the weekend.

My Hair Got A Makeover!!