Skip to content
You are here
Home > Entertainment > Movie review > Movie Review: Beyond The Clouds 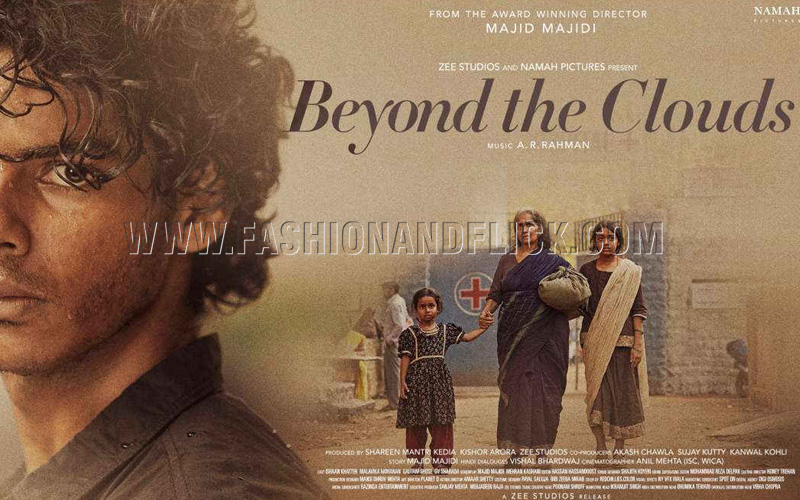 “Beyond the Clouds,” which is written by Iranian filmmaker Majid Majidi with Mehran Kashani, is a tale of a bad kid who rediscovers his good side, and it relies on dynamics that are commonplace if not outright cliched. Majid has terrific talent for staging and shooting. At the outset, he captures your attention with a stunning opening shot that draws you into his version of Mumbai.

This movie looks at how challenges can bring about a ray of silver lining amidst all the darkness in people’s lives. The movie follows Amir, who is a drug runner. He and his friend are burned by bosses who think Amir (Ishaan Khattar) has gotten too bigheaded. (His offense: asking to be paid.) Running from cops, he finds his sister Tara (Malavika Mohanan) at a bazaar. Although they’re estranged, she takes him in, and her boss, Akshi (Goutam Ghose), hides the drugs Amir was carrying.

Akshi tells Tara he’ll return the goods for a price — at which point he tries to rape her. Hitting him with a brick to defend herself, Tara winds up in prison, where she, like all criminal suspects in this system, can be held without bail until a trial. While trying to exonerate his sister, Amir somewhat inadvertently winds up forming a bond with Akshi’s mother and daughters.

From the silent suffering of a morally degraded person to tracing the origins of a crime, The movie is a depictions of poverty and social injustice and is emotionally heavy.

It’s for Ishaan Khatter’s charming and heroic presence that keeps the momentum sustained. He is feisty, lively and full of potential. He uses his face to excellent effect in emotional scenes, but also his body which, incidentally, grooves to Muqabala in ways that’ll catch Prabhu Deva’s attention.

Anil Mehta’s cinematography is equally delightful as he breathes life into Majidi’s vision in some stunning visuals that leave a lasting impression.

Its a good movie to watch.