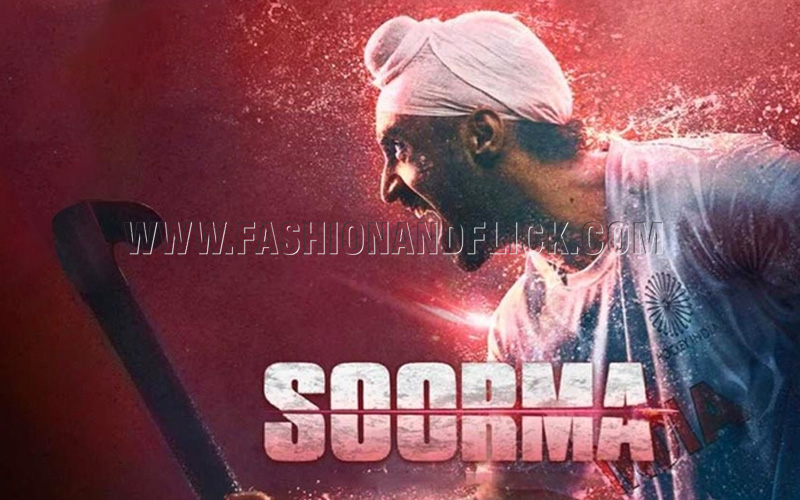 Biopic of a True Sportsman

Looks like the season of biopics is upon us. Close on the heels of Sanju, Shaad Ali’s ‘Soorma’ brings to screen one of the greatest comeback stories of a sportsman. It is an inspiring true story of a hockey player ‘Sandeep Singh’ , who made headlines for his miraculous comeback after an unfortunate, freak accident. It chronicles the ups and downs in his life.

A young Sandeep Singh (Diljit Dosanjh) is one of the many children in Shahabad – the hockey capital of India, who has grown up with the sole dream of becoming a part of the Indian hockey team. They are all sent to Kartar Singh’s (Danish Hussain) coaching centre to learn the sport. But Sandeep’s determination soon turns off because of the absurd behaviour of his coach.

After leaving the coaching centre he spends most of his childhood scaring the birds off his uncle’s agricultural field with his hockey stick. But later three things bring him back to the sport – one, Bikram’s failure to qualify for the national hockey team, second, the family’s dream of seeing one of the boys in Indian colours and third, his dreamy love for hockey player Harpreet (Taapsee Pannu). It’s the third that makes him tolerate Kartar Singh’s obnoxious bullying. The sport, thus, becomes the purpose of his life.

But, his affair with Kartar Singh’s neice, Harpreet, soon lands him into trouble as the heartless coach expels him from his centre. Her brother’s ultimatum about getting a job through hockey, reignites Sandeep’s passion for the sport. His drag-flick, first noticed by his brother, earns him a place in national hockey team coach Harry’s (Vijay Raaz) academy. But, the film offcourse takes a serious turn right before the interval. A bullet accidentally fired by a police officer during a train journey paralyses Sandeep waist-down.

With enumerous effort Harpreet ensures that he stands back on his foot by taking the tough-love approach. Her strong belief of her presence making him weak, makes her completely abondon him. And, Sandeep does rise from the ashes like a phoenix after a year of therapy in Holland, but only to realise his true passion for the sport. He plays his final match, for India and not Harpreet.

Diljit Dosanjh and Taapsee Pannu are sincere, no doubt with full commitment to their roles. Pannu, as Harpreet, plays centre forward herself and dreams of being part of the national squad. It is her story that is sacrificed at the altar to let Singh be the sole recipient of our attention.

Shaad Ali as a director has done remarkable job by creating the right emotional impact. The songs come in every few minutes and steal the sense of urgency necessary in a sports flick. Dosanjhís onscreen brother, played by Angad Bedi, is impressive but has a limited role. As for others, only Vijay Raaz stands out as a coach with an enviable chutzpah and also the best lines.

The film ends with real footage of Sandeep Singh receiving his much deserved Arjuna Award. Its a good movie to watch this weekend.

To Bee Or Not To Bee