Skip to content
You are here
Home > Entertainment > B-town > “Sonam Has Worked Hard To Become What She Is,” Says A Proud Anil Kapoor 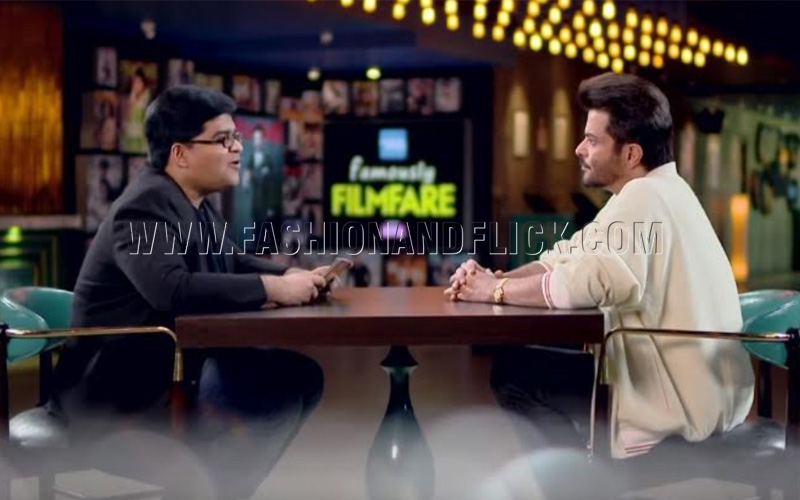 A man who just seems to age like fine wine, superstar Anil Kapoor is known for his boundless energy and childlike enthusiasm that would put any newcomer to  shame. The actor who has spent more than 40 years in the Indian film industry/Bollywood has time and again proved that age is just number and all you need is an undying passion for your work. The evergreen actor, who has managed to impress his fans with incredible performances in films like Mr. India, Woh Saat Din, Lamhein, Chameli among others over and continues to do so, will be seen in his straightforward best on the candid couch of Famously Filmfare Season 2 on Colors Infinity. In a tete-a-tete with the show’s host Jitesh Pillai, the actor will be seen talking to him about the secret of his successful marriage, his daughter Sonam Kapoor, his equation with his 3 kids Sonam, Rhea and Harsh and lastly, doing unconventional roles which challenged the Bollywood stereotype.

When asked about her daughter Sonam, Anil Kapoor said, “She has made herself. She has worked hard to become what she is. She is the kind of person who gives a lot of love and affection. And, it comes very naturally to her. She is a very sensitive person.”

Upon being questioned about an instance when he simply went against the Bollywood stereotype back in the time, he said, “I started my career with Woh Saat Din, where I played a role of someone who comes from Patiala to become a music director which was very unconventional at that point in time. It was totally opposite to what everybody was doing around me. That included the lead actors riding horseback or a motorbike or even playing a guitar. No actor would be launched in the same manner that I was.”