Skip to content
You are here
Home > Entertainment > Movie review > MULK, Taapsee Pannu At Her Best 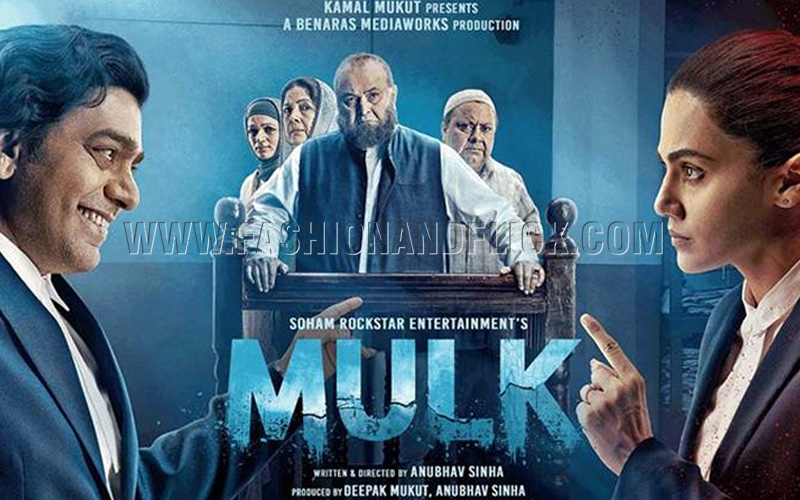 With Crackling drama, whistling dialogues and political screenplay the movie Mulk owns immense attention. This movie basically focusses on some hard-hitting and burning issues, and brings to fore the other faces of terrorism, which often gets brushed under the carpet.

Mulk begins with a quick glimpse of Benaras when, just 16 km from the ghats, the historic, 150-year-old Mughalsarai station is being painted saffron and its name is being changed to Deen Dayal Upadhyay. Later, Anubhav Sinha introduces us to his characters. Murad Ali Mohammed (Rishi Kapoor) is a well-respected lawyer who has Hindu friends in his society. His family comprises of his wife Tabassum (Neena Gupta), his younger brother Bilaal (Manoj Pahwa) and his wife Chhoti Tabassum (Prachi Shah), their son Shahid Mohammed (Prateik Babbar) and daughter Aayat. Soon, his daughter-in-law, Aarti Mohammed (Taapsee Pannu) also arrives from Germany after a dispute with her husband. However, the life in the Mohammed take a drastic turn when Shahid gets involved in terrorist activities and is shot down by the investigating cop Danish Javed (Rajat Kapur).

Anubhav Sinha makes you see the dark truthsabout how people fall prey to political agendas without realising that terrorism has no religion. The filmmaker makes use of some heavy-weight dialogues like ‘Ek mulk kaagaz pe naksho ki lakeeron se nahin batataa, mulk batataa hain rang se, bhasha se, dharam se, zaat se,” says Taapee Pannu’s Aarti Mohammad during an intense courtroom scene in Mulk, and you almost find yourself nodding in agreement. This add more intensity to present the truth without any filters. So, Mulk essentially revolves around the trials and tribulations of the family and of the community in the bigger picture. With a slow-paced the first half forms a base to the film’s message, the second one aims at setting it in stone as it oscillates between a dramatic courtroom drama and an emotional backyard drama.

With its heart in the right place, Mulk sets out to deliver a hard-hitting message, which is the need of the hour where religion is the most misunderstood thing. It is worth watching.