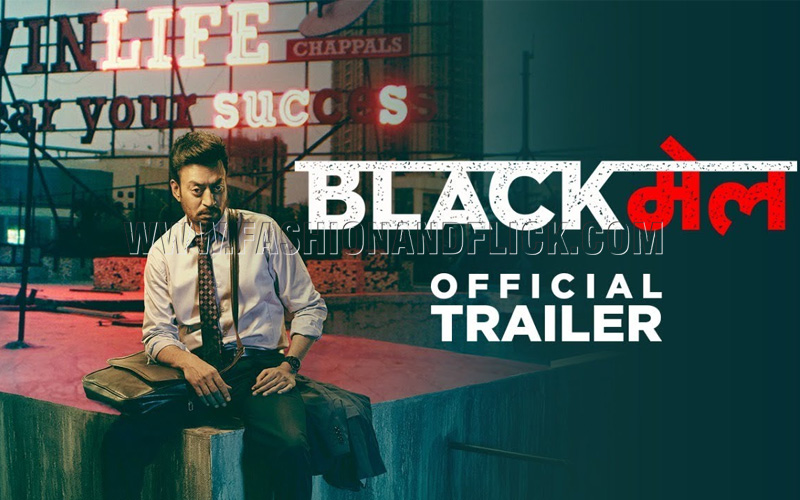 Blackmail is basically a twisted story of multiple blackmail. It begins with a man as Dev Kaushal (Irrfan), his pretty young unfaithful wife Reena (Kirti Kulhari) and her lover Ranjit (Arunoday Singh), but greed spreads like a contingent until almost every character in the film is blackmailing someone else.

The film is a comedy for grown-ups and doesn’t pull punches. Human beings are a screwed up lot and the film tells that to us straight. The best scenes in the film are those where Irrfan fantasies gruesome ends for those who have wronged him. His friend Anand is shown as a tharki guy who gets table turned on him by a girl he feels is an easy lay. Arunoday is married to Divya Dutta, who is something of a ball breaker and likes to keep him under her thumb. Kirti plays a girl forced by her parents to marry the good guy and is messed up enough to help her boyfriend get ransom money by lying and cheating to her husband.

Director Abhinay Deo taps into the frustration on middle class, middle age who is juggling a deadend job,deadend wife and weighed down by loans and monthly EMIs and bills waiting to be paid, hence Dev decides instead to blackmail his wife’s lover for cash.

It’s an interesting starting point for a dark comedy, and director Abhinay Deo and writer Parveez Shaikh build on this idea to create a scenario where pretty soon every character in the film is blackmailing someone else. As original and as unusual as the plot is, the script slips into a repetitive loop early on, and suffers from serious pacing issues. Blackmail after blackmail after blackmail takes some of the novelty and surprise out of the screenplay, and the film’s first half feels especially long.

Dev works at a toilet-roll manufacturing company, and his US-returned boss (a hammy Omi Vaidya), a champion of toilet paper and its many merits, devises a hare-brained plan to capture the market. It’s a distracting, silly subplot that only stretches the film needlessly. An item song featuring Urmila Matondkar is also eminently forgettable.

Arunoday Singh, who shines as the not-very-bright lover of Dev’s wife concocts a dim weighted scheme to save his own badass. With his granite muscles and groovy grin he is instantly funny and interesting to watch.

Blackmail is all about a controlled chaos. However, the performances, fun filled and realistic story-telling keep you engaged and entertained.