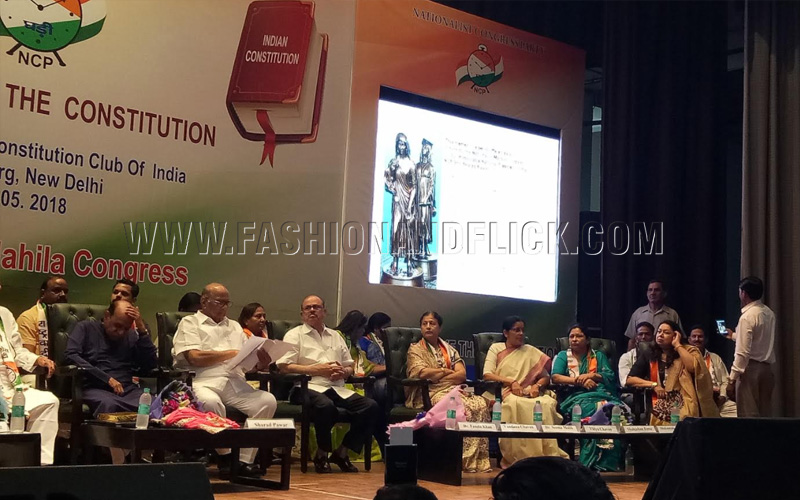 Dr. Fauzia Khan President, Nationalist Mahila Congress, NCP and Dr Seema Malik,  National General Secretary, Nationalist Mahila Congress, NCP  were quoted saying- “Increasing incidents of horrifying crimes against women and innocent children, incidents mob-lynching and other atrocities against the Dalits and minorities, hate speeches and statements made by leaders associated with the ruling party and the studied silence of our Prime-Minister whenever such incidents take place is creating a sense of distress and insecurity in the minds of people. The government’s attempts to curtail the freedom of autonomous institutions like the media and even the judiciary, the constant complaints regarding the tampering of EVMS during elections, the reduction in a democratic and decentralized way of functioning within the government bodies and the increasing tendency of the people to take law into their hands under the unsaid protection of the government authorities all seem to suggest that the nation is heading towards a state of economic collapse, chaos, anarchy and dictatorship.”

Dr Seema Malik, National General Secretary, Nationalist Mahila Congress, NCP said- ”Though the norm is to approach the court to seek justice, the times under the present government are so dark that the judges have openly expressed their fears regarding the possible extinction of constitutional validity. The atrocities on women, minorities and the underprivileged are rampant and unchecked.