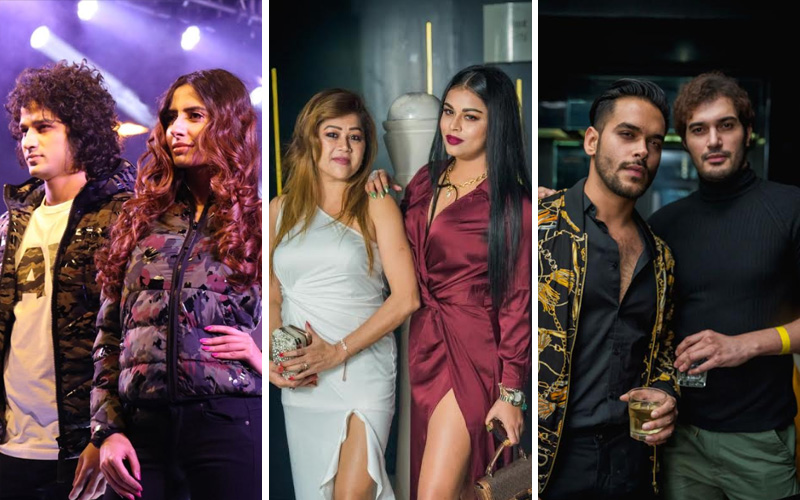 The launch of the annual Danj calendar at the Delhi Times India Showcase Week held recently at the DLF promenade was quite a fashionable affair. The event marked the launch of Aerojet Aviation at a starry fashion show by designer Neetu Singh. Live performance by popular singer Sonali Bahuguna was the attraction of the show that was attended by Thenny Mejia, Shivang Kapoor, Rakshit, Ruchita Rao, Ken Ferns, Vesna Jacob, Nitin Vijay, Jenjum Gadi, Jasmeen Duggal and Ishpy Kaur to name a few. The two day fashion extravaganza saw shows by designers Rina Dhaka, G-Star, Neetu Singh, Nida Mahmood and Mehraab while the show direction was taken care by Ketan Bhatia and Ajay Bisht while the compere of the event was Mtv love school fame model Ishpy Kaur. The colourful closing of the two-day event saw live performance by singer Sonali Bahuguna who made the audience tune to her tracks Pari Hoon Main, Khoya Khoya Chand and Kaise Paheli.

The DANJ annual calendar is the brainchild of Dinesh Aneja, a Visionary and an entrepreneur who started his carrier with Automobile industry, has gone on to prove that entrepreneurship opportunities are present everywhere you look in this day and age, although admittedly hidden from plain sight sometimes. DANJ has steadily grown and acquired a stellar reputation in this ever evolving business of Fashion and Entertainment.

DANJ calendar is one of the most anticipated initiative, making headlines year after year with its exotic locations, world renowned photographers, stylists and supermodels featured in the calendar. Says Dinesh Aneja, “We have always believed in the next level entertainment and our association with India Showcase Week is a step in this. I am quite happy with the kind of response we have been recieving from the fashion fraternity.”

On this occasion, Aerojet Aviation pvt ltd was launched which is going to be dedicated to Services in Public sector, especially as Air ambulance and charters and Emergency Rescue operations. These aircrafts will be available in the different parts of the country so that immediate attention can be provided whilst keeping all the safety protocols in check.

Aerojet Aviation will be a service to people in need, Whether one is known or unknown. With this new venture DANJ is hoping to achieve new heights fulfilling the dream of making life convenient for all those in need.