Skip to content
You are here
Home > Entertainment > Groove On To Kaala Chasmah, DJ Wale Babu Unplugged With Badshah On The Grand Finale Of MTV Unplugged Season 6 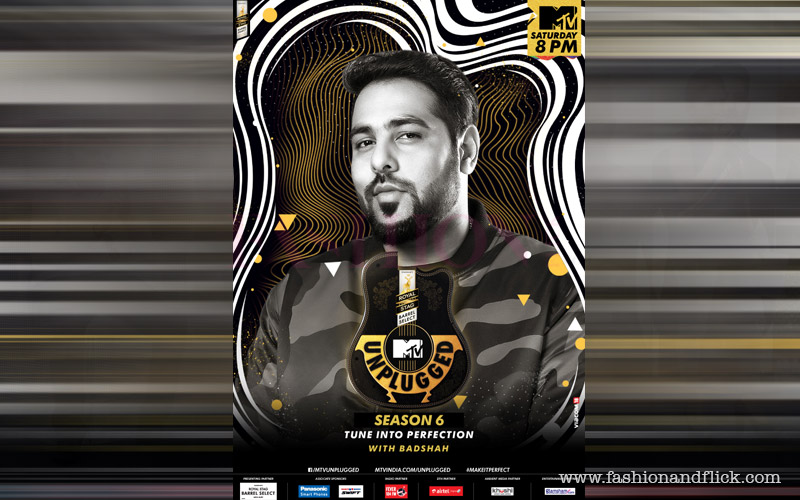 Royal Stag Barrel Select MTV Unplugged is one India’s biggest musical show. It has maestros performing their chart topping numbers that have swayed the nation in their most natural forms with acoustic arrangement of music and a live studio performance.

As the season is set to wrap-up, this Saturday is the grand finale and most awaited episode, because the most awaited DJ Badshah will be gracing the finale stage. You simply can’t miss some famous party songs rapped by Badshah.

This is the very first time Badshah will be seen in MTV Unplugged.

So get ready to groove with Badshah‘s smooth rendition ‘Kala Chashma’ to famous ‘Kar Gayi Chull’,  Besides, his another foot-thumping number ‘Dj Wale Babu‘ will bring alive the Saturday mood! Some more songs which Badshah will croon unplugged and rock your Saturday night are ‘Bandook’ and ‘Driving slow’ which he had sung in MTV spoken words. Last and not the least the popular DJ will also sing a song from his album ‘Baat cheet.’

An elated Badshah speaks about his collaboration with MTV Unplugged season 6 and says, “I have been a huge fan of MTV Unplugged. I love all the singers and I love the episodes. This time I am also part of the show and I am super excited to perform at MTV. The songs that I am performing on include – ‘DJ Wale Babu‘, ‘Kaala Chashmah’, ‘Kar Gayi Chull’, and few more.”

Like it’s rightly said all good things come to an end and so is this season of Royal Stag Barrel Select MTV Unplugged but don’t miss the grand finale as Badshah graces the stage this Saturday at 8.00 P.M.