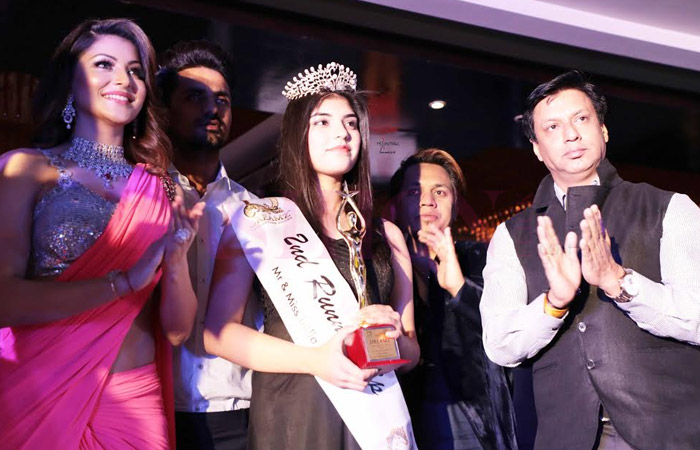 New Delhi 26 th February 17:  A date worth remembering as it was the Grand Finale of Dreamz productions Mr. & Miss India 2017 which took place at Raddisson Blu Hotel, Kaushambi. The Event unveiled the names of the minds behind this event

2 – Mr. Madhur Bhandarkar – Padam Shri and National Award winner and a popular Hindi film director maker of sensitive and thought provoking films such as Page 3, Fashion, Heroine and many more

The 35 Girls and 40 Boys competed for the title of Mr. & Miss India 2017. All participants competed on the theme of Goan attire – casual, ethnic and western dress.

Mr. Sharad Chaudhary (Director of Dreamz production house) says “a pageant with fantastic opportunity for all aspirants to live their dream of winning a title and taking the first step for being recognized as a brand”

Dreamz production house is creating a new hub for film and fashion industry. It aims to successfully provide an integrated platform for the new and aspiring Indian models to make their dream of modeling, theatre, television and films come true.

IMAGINE, if you can, a world without criminals! There would be no need for police, prisons, or expensive and complicated criminal justice systems. It would be a world where each individual would respect the life and property of others &amp; we are here to spread this message of “Humanity; Crime Free World” with this event. The auditions for the pageant took place in 36 prominent cities like Delhi, Mumbai, Pune, Kolkata, Chennai, Bengaluru, Jaipur, Lucknow and others After the auditions, all the participants were in Delhi for their Image Counselling, Grooming and Ramp Walk Training by the experts for three days. The Grand Finale to choose the winner was held on 26 th Feb 2017 where an eminent panel of judges from film and entertainment fraternity selected title winners, 1 st runner and 2 nd runner up in both Mr. India and Miss India categories, on their various capabilities to finally crown the very first Mr. &amp; Miss India 2017 based on the Goa theme

One Stop Shop For All Your Couture & Bridal Needs

His & Hers accessories by Eurumme