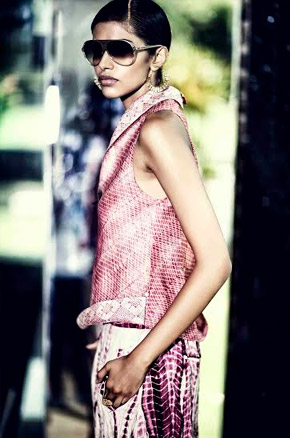 In addition to finding out about the two dynamic packages, visitors to the trade show can expect to learn about other Sands Resorts Macao MICE offerings as well as exciting entertainment and hospitality facilities. This includes The Parisian Macao’s themed booth featuring amazing Streetmosphere performances, designed to showcase the integrated resort which opened in September 2016.

This year is the seventh in a row that The Venetian Macao has participated in SATTE and hotel representatives will be stationed at booth #D65.

Created from thousands of blocks of multi-coloured ice, skillfully carved into amazingly detailed sculptures by a team of expert craftsmen from Harbin in northern China, visitors to this thrilling event can take advantage of a range of offers as part of Macao Ice World Package at world-class Sands Resorts Macao properties. To be launched between Feb. 27-July 9, 2017, stay period is between March 16-July 9, 2017, with a starting rate at HKD/ MOP 1,138.

Asia’s largest annual indoor frozen wonderland, this year’s Ice World will be the most spectacular yet, featuring a host of colourful new DreamWorks Animation characters from Kung Fu Panda, Madagascar, Shrek, How To Train Your Dragon, The Croods and Trolls, vibrantly brought to life by dazzling light and stunning sound effects. Visitors can also enjoy themed games, character meet-and-greets and a movie zone.

With seven distinctive properties, over 150,000 square metres of versatile meeting and event space, state of the art technology, entertainment, great dining options and effortless logistics, event planners are now able to create the ultimate ‘smart’ event all under one roof with Smart Meetings at Sands Resorts Macao.

Until Dec. 31, 2017 (for stay period up to Dec. 22, 2018), conference organisers, event planners and delegates can take advantage of Smart Meetings in Macao’s range of attractive benefits. These include:

With over 150 international restaurants, more than 850 duty-free shops, luxurious spa facilities, and regular concerts and live performances at several magnificent theatres, including Cotai Arena, Sands Resorts Macao is unrivalled. Macao is also well worth exploring, with the UNESCO listed Historic Centre of Macao and many cultural and architectural landmarks.

Celebrate This Summer With Cool Collection By ‘Red Sister Blue’