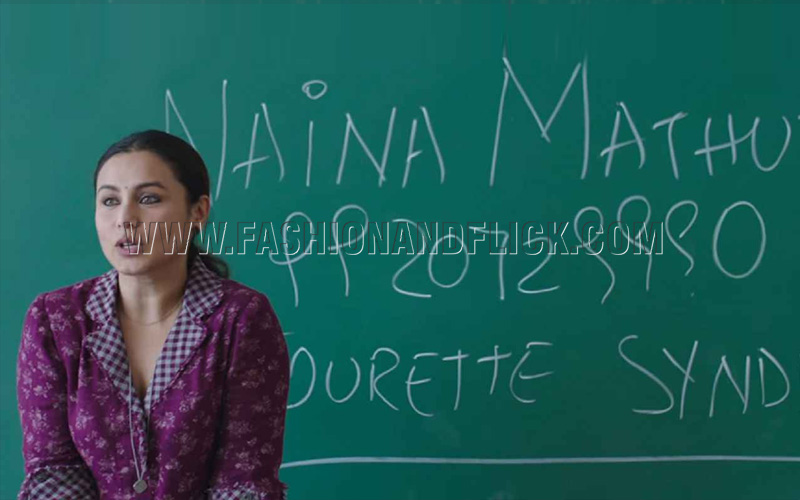 “Rani Mukerji is good as always, the actors who play the students.”

There is nothing original, nothing surprising, nothing even remotely unpredictable in Hichki. Hichki is a story of Naina Mathore, a single girl in Mumbai City born with Tourette Syndrome aspires to become a teacher. After getting rejected from many schools for the teching position she applies to, she finally get a chance into a Mumbai prestigious St Notker’s high school shot in an iconic place at St Xaviers college. Here she is hired to take charge of the most nautorious bunch of student who doest fit in with the rest of the school. They come from a neighbouring basti with their very own unique identities with no hopes.

Now at a point when The school administration has given up over these kids, Naina Mathore takes over, her battle now complicates three fold: One with here condition, second with the school administration and the third now against the students in her charge.The students rap, smoke and dance during classes and are well enough to have 7 teachers thrown out of the school who have begun betting before the Naina Madam’s class on how many days she lasts.

Director Siddharth P Malhotra packs in lots of heartwarming scenes about life in a school dealing with projects and extra sheets during exams, some dramatic dialogues about what a teacher should aim to achieve and tugging at our heart strings with the sheer simplicity and innocence of it all.

What Hichki gets right is: First the casting director Sanu Sharma’s actors of choice. Rani Mukerji as Naina is all things amazing and some more. Chewing out every single one of her co-stars, Rani has a very powerful aura which shines throughout which is a great work done by cinematographer Avinash Arun, because of which Rani’s charector glows on screen.

The emphasis on drama takes the focus away from the class struggle between slum dwellers and the upper middle class. The anger to be counted as equals has been touched upon but not explored. To let Rani Mukerji’s underdog teacher shine, evil characters are created without any justification.

Hichki would have been a much better film, if only its vision was not myopic and limited to a single classroom but inspite of the “hiccups” in the story , Rani’s magic keeps the film Buoyant!