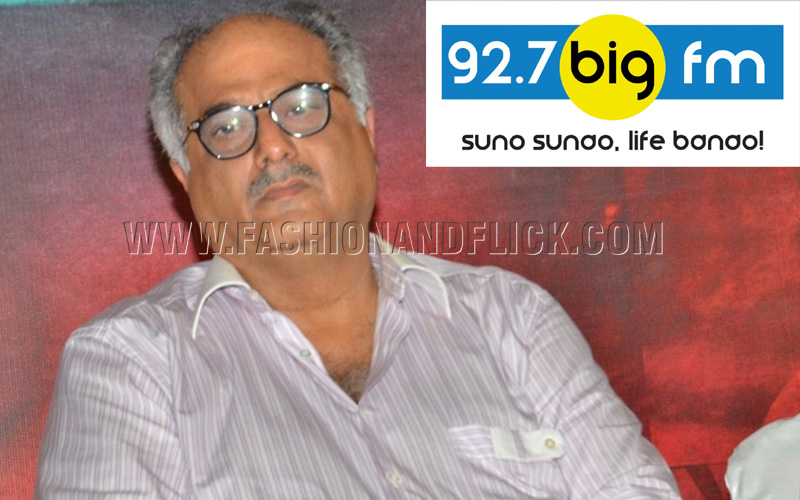 BIG FM’s most successful and award-winning show has been enlightening listeners with interesting anecdotes about the lives of the cinestars from the golden era. On the occasion of Boney Kapoor’s 62nd birthday, the host of the show and actor Annu Kapoor indulged in a tête-à-tête with the man himself. Bollywood’s renowned producer let his heart out and shared insights into his early life, upbringing and struggles he faced to become a producer. Out of the many captivating real-life stories, he will be heard sharing the details about what went behind the making of his first Sci-Fi movie – Mr. India.

A lot of interesting behind-the-scenes details of one of the iconic movies of Indian film industry are yet to be shared. Boney Kapoor revealed all that and more on the show. While reminiscing about the hard-work that he had put into the movie, he says, “I was clear in my mind that the lead role will be played by Sridevi. I travelled all the way to Chennai to meet her mother to sign the actress for the movie. To my surprise, she accepted the offer but on one condition. She said that she will charge 10 rupees for herself and 30 thousand rupees for her staff. I was so touched by her modesty, and with due respect I offered to pay 11 rupees to her and 50 thousand rupees for the staff. That was the first hurdle that I successfully crossed and it was a great feeling.” Not many know that the first choice for the lead role of the actor was Mr. Amitabh Bachchan. He further shares, “However, due to certain turn of events back then, things couldn’t work out with the legendary actor. On the other hand, Anil Kapoor and Sridevi had signed for another movie around that time which couldn’t go on floors and we found our Mr. India in Anil Kapoor. Well, it is rightly said, ‘All is well that ends well’.