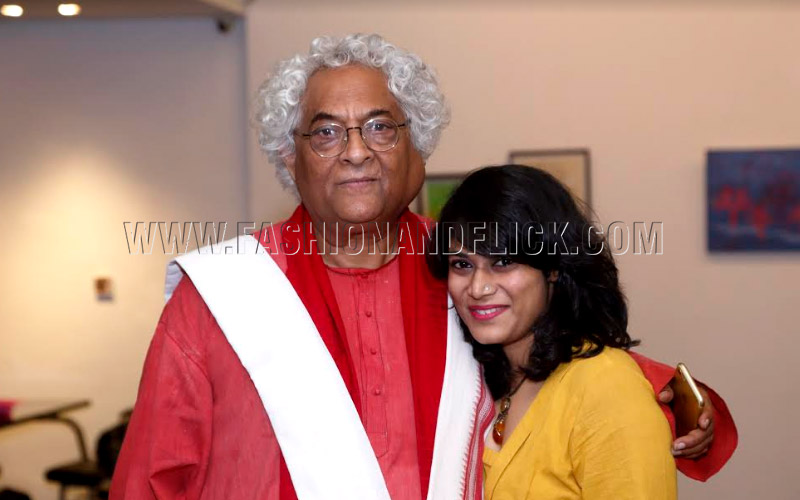 Apoorva Subbanna said “Paper towns” is a term coined by John Green for towns marked on the national maps, which do not actually exit. For me another perspective of the same thing is that we are all living in paper towns. The mapped cities and their perceptive existence are both questionable. Every opinion, everything we know of it and everything we understand it to be, is transient”

Seema Subbanna said at the opening ceremony, “Apoorva is a very gifted artist. Her work is youthful, joyful and vibrant. She uses various mediums to express herself. “Paper Towns” is a show dealing with the idea of ever evolving cities. There is no land pure or impure in itself, but the people living there who make it what it is. Hence, the land of our dreams is right where we are.

The key is understanding that the diversity in the country, over which there are so many differences, is not a deterrent but is actually what makes India rich and gives each place its identity. This also helps her capture the essence of the cities in visual art.  For this show she has worked with the city of Varanasi, for its cultural lineage and the Mountains, for their all embracing spirit”

Shahrukh Khan Removes His Pants As Soon As He Hears Pack-Up!

GoPaisa.Com Unveils Its Brand New TVC Campaign To Promote The Launch Of Its Mobile App