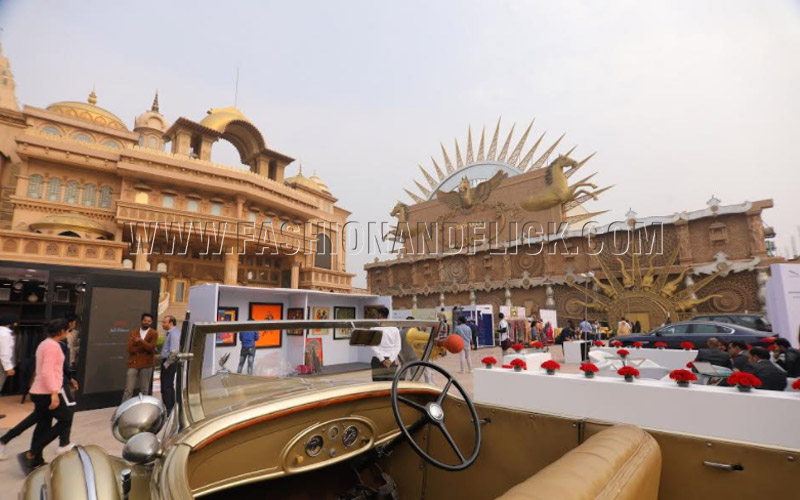 Gurugram,20​th November, 2017: Redefining the wave of luxury and opulence in the city, The Indian Luxury Expo (TILE) made its impact felt across the length and breadth of the city. Held in the pride of Gurugram- Kingdom of Dreams, from 18th to 19th November 2017, the high-octane luxury extravaganzas presented a batch of successfully curated products, exclusive launches and previews, and bespoke pop-up experiences.

Gallerie Splash, Kawasaki and Harley Davidson, to name a few.

The Expo also witnessed the book launch of She & He by engineer-turned-author Astha Mittal—a compassionate tale portraying the various emotional stages in a man-woman relationship, and how incomplete are they without each other. Moderating the book launch was Anu P Dhawan- a stalwart herself, being the CEO of Corporate house A4A.  Breathtaking artworks by renowned artist Ram Indranil Kamath, which help in understanding the link between Hinduism and Hindutva, were also exhibited at the event. On the musical front, ‘BeRoseGuys’, an emerging Indi-pop band set the stage on fire with some enchanting yet classy songs consisting a mix of Bollywood and traditional.

Having managed to pull off a spectacular show in the heart of Gurugram, Karan Bhangay, Founder, The Indian Luxury Expo said “We are delighted to see the enthusiastic participation of different industries at the event this year. Celebrated brands across industries participated and partnered the Gurugram expo.  This clearly indicates a growing interest and consumer sentiments attached to this sector,” he said.

Luxury consumption spearheading a country’s economy undoubtedly reflects its affluence and taste. India is set to become the world’s fastest wealth creator in the coming years. Realizing the increasing importance of the country in the global luxury industry, The Indian Luxury Expo endeavours to bring the top-notch luxury brands and the connoisseurs under one platform.

Luminox, The Navy SEAL Collection Toughens Up With The 3580 Series