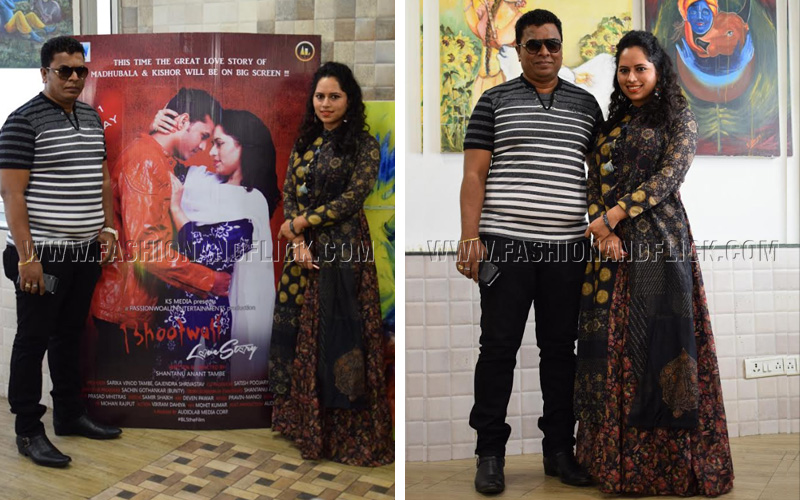 7th May 2017, New Delhi:  Passionwoald Entertainments hosted the press meet for the upcoming movie of  BHOOTWALI LOVE STORY written and directed by Shantanu Anant Tambe at  Hotel K N K International.
Bhootwali Love Story is more of romance then fear.
When the horror films are mentioned, a scary face emerges on our retina, and the body trembles with fear. Filmmakers also try to attract viewers by adopting different types of ways  to engage audience.
Well, every horror movie has a love story. But in the upcoming movie ‘Bhootwali Love Story’, there will be more romance than fear, the producer and director of this film says that.
Shantanu Anant Tambe  said at the event that,  the way Bhootnath made Amitabh Bachchan look after children and children from the same old age, the same fun is in this movie. A girl loves to befriend a boy, but she dies, afterwards how her soul reflects love. This is what makes the film fun.
The producer of film are Sarika Vinod Tambe, Gajendra Srivastava, co-producer Satish Poojary and writer-director Shantanu Anant Tambe.
Suhas Ruke and Kanchan Awasthi will appear in the lead role.

Shaye Launches its Party Edit, Perfect for the Festive Season