Skip to content
You are here
Home > Entertainment > Pad Man: Akshay Kumar Speaks ‘Loud’ And ‘Clear’ For A Good Causes 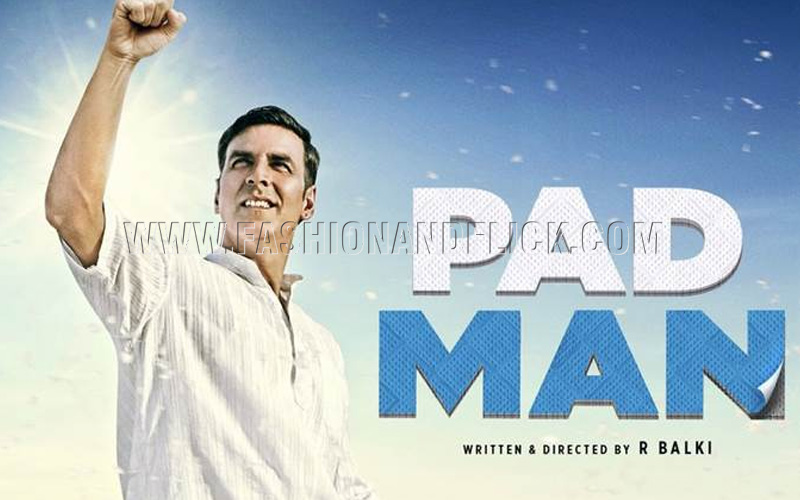 PadMan marks the debut production of Twinkle Khanna that has brought a spotlight on something that has been hidden in the darkness for so long.
PadMan is basically on the real-life inspirational story of Arunachalam Muruganantham, the man who created a real-life revolution by inventing a machine that led to the creation of a low-cost sanitary napkin

Akshay plays Lakshmikant Chauhan,A poor school dropout from Tamil Nadu, who works as a mechanic.He potrays himself as a empathetic, kind and compassionate mans who is a man on a mission.His wife Gayatri, played by Radhika Apte shows her remarkable performance by fulfilling her role as the helpless wife.Sonam Kapoor as Pari Walia plays a privileged South Delhi girl and fits perfectly into the role.

The film opens as Lakshmi and his bride happily walking around the holy fire to ceremonise their marriage and soon tells the audience how during the menstrual cycle, Gayatri is sent to the corner of her home, where she uses a dirty rag cloth for her menstrual hygiene.Lakshmi gets horrified that she is using a unhygienic home-made cloth pads during her periods that he wouldn’t even use to clean his bicycle. Lakshmi,after much efforts fashions a sanitary napkin filled with cotton for his Gayatri.This showcases his love for his wife.But his attempts fail and he keeps trying.

There is a touch of whimsy in some dialogue and phrases—a person refers him as “Narmada ka kachchua” or a Casanova called “dheele naade ka aadmi” or a shopkeeper asking Lakshmi—“Kishton mein gadda bana rahe ho kya when he keeps asking him for some cotton every day.

Despite Lakshmi’s repeated attempts, he is unable to get through to his community members and is ultimately shunned from the village.At this point Gayatri decided to leave him out of shame and tearfully says to her husband, “A woman’s shame is the greatest illness”.

Then Sonam Kapoor as Pari Walia makes a late entry who incidentally crosses paths with Lakshmi and helps him reach out to rural women who were not receptive to Lakshmi offering them sanitary napkins.

Song titled “Hu Ba Hu” by Amit Trivedi from the film which shines a spotlight on Sonam and Akshay’s common goal.

There is a particularly terrific line during one performed at a young girl’s coming-of-age function, saying “kal tak thi gul, ab gulel lagegi,” meaning she was a flower till yesterday but today she’s the catapult — from the plucked to the weaponised — an intentionally pointed line in a film about giving women the power of choice.

After many efforts he invented the manufacturing of low cost sanitary napkins in India. The movie ends with his speech in United States where he innocently manages to give a speech in English where he spells English as Linguish.

This movie is a green-lighting socially-relevant film to spread awareness and that is fine and laudable.Said by Twinkle Khanna “This movie is a hope that it will start a conversation within homes. Something that has been hidden in the darkness, furtively wrapped in newspaper, will finally be in the spotlight so that a young girl can go up to her parents and say that she needs sanitary pads over the ubiquitous fairness creams,” she had said.