Skip to content
You are here
Home > Wellness > Health care > Exercising A Must For Combating Diabetes, ‘Health Talk & Walk’ Organized In City 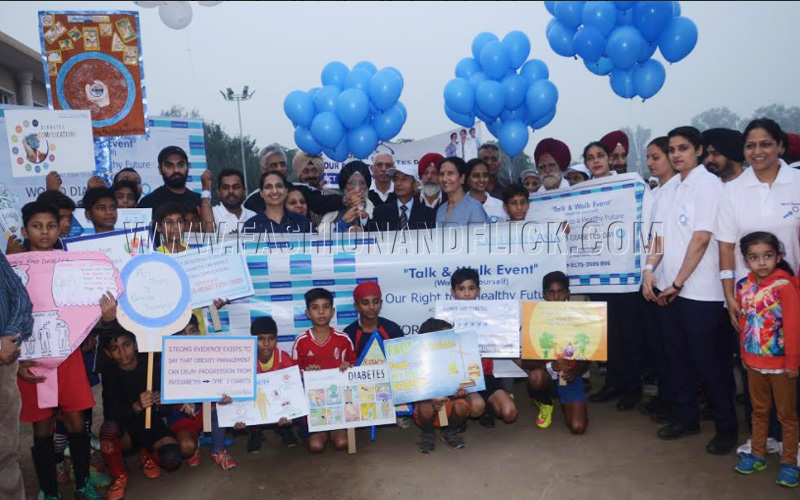 Patiala, 12th November, 2017: Punjab accounts for one of the biggest Diabetic population states in India, with diabetes prevalence of 14 per cent in the state as compared to the prevalence of only 9 per cent in rest of India, reveals latest study. Lack of awareness about the disease and its health complications, delayed diagnosis, myths surrounding diabetes management and irregular treatment makes diabetes detection and management extremely difficult, say experts. In the wake of this staggering data, Columbia Asia Hospital, Patiala is organizing a Health Talk And Walk on diabetes on 11th, November, 2017. The hospital will try to educate the people that exercising is very important and can help in combating diabetes.

Diabetes is fast gaining the status of an epidemic in India with more than 6.2 crore diabetic individuals currently diagnosed with the disease. The biggest challenge for patients remains lack of access to reliable information regarding diabetes and appropriate medical assistance. “We need massive awareness programs regarding diabetes. We have to teach people about the need for staying fit and exercising. Walking is the easiest form of exercising. We also need to educate them about the causes, symptoms and cures of diabetes. We also need to convey the guidelines about controlling diabetes and related co-morbidities like blood pressure and lipid disorders that prevent various other health problems. The diabetes health talk covered all these points and encouraged people to appear for diabetes screenings and avoid dreadful health complications”, says Dr. Inderpreet Kaur Consultant Endocrinology Columbia Asia Hospital, Patiala.

What makes Diabetes particularly perilous is the surreptitious nature of symptoms. They tend to remain silent for long time,and the patient does not feel them or suffer from them. Throughout this silent period, grip on diabetes becomes poor,and by the time clear symptoms emerge, it is too late for treatment to reverse them. Causes of rise in diabetes in India are multifaceted and include genetic factors coupled with environmental influences, obesity, steady urban migration and lifestyle changes. Yet despite the rising cases of diabetes within the country, there are no nationwide campaigns that work towards spreading awareness about the disease.

Diabetes is a medical condition that is caused due to insufficient production and secretion of insulin from the pancreas in case of Type-I diabetes and complete absence of response of insulin in case of Type-2 diabetes. Under normal circumstances, blood glucose levels are appropriately controlled by insulin, a hormone produced by the pancreas. Insulin lowers the blood glucose level. When the blood glucose increases, insulin is released from pancreas to balance the glucose level. In patients with diabetes, the absence or insufficient production of insulin causes hyperglycemia. Diabetes causes severe damage to heart, brain and kidneys in long run and puts the patients at a higher risk of facing heart attacks and strokes.

Columbia Asia’s Health Talk and Walk on diabetes is a responsible initiative to inform people about the rising epidemic and counsel them about the dos and don’ts in lifestyle which are linked with the development of diabetes. Maintaining a healthy diet, full of fruits, vegetables and fibers and less fats and sugars is the most basic lifestyle change which goes a long way in keeping diabetes at bay.